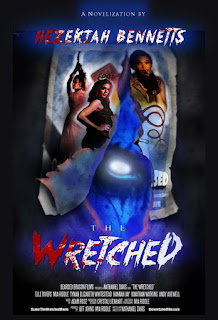 On the surface, yes, this is just another variation on the poster previously posted.  But what's that on top?  My name?  Holy crap, y'all, it's a book.  Yes, that's right, the official novelization of The Wretched is now available on Amazon, in both paperback and ebook versions.  And hey, if you buy the paperback, you get the ebook for free!  By Grabthar's hammer, what a savings...
Posted by Hrothmeir at 6:33 AM No comments:

In addition to my own films (Full Noon is going slow, but still going) I occasionally work on films made by other people.  One of these is a horror film entitled The Wretched.  When principal photography began a couple years back, I was unable to participate, but thanks to the loan of my microphone, I was credited as assistant producer.  Some time after that, I volunteered to write the official novelization, based on the script, production stills, a trailer, and personal knowledge of some of the locations.  It's technically done, and available to read here.  Then, in 2016, reshoots happened.  This time I was able to be there, and handled the camera for a good chunk of the shoots.  Bundles of fun.

All of this leads to a couple of weeks ago, when director Nathaniel Davis contacted me about putting together a poster.  Well, that was one of my favorite things, so I jumped at the task.  Given a set of promotional images and the concept sketch below, I set off to work...

After some notes from Nathaniel and a quick confirmation sketch from myself to make sure we were on the same page...

...we eventually got to a better design that's a) more its own thing and b) closer to Nate's original concept.  Plus, the information on it is no longer copied over from Full Noon.

After that, Nate ran it through some filters to dirty it up a bit and make it seem like a weathered B-movie poster, as seen below.  Hopefully, the final film will be out soon, and you can see this poster in all its cheesy glory on a VOD channel near you.  For more information about The Wretched, please check out their awesome website.

Preproduction is underway on Full Noon, a comedy/horror feature film written by myself, my girlfriend Felicity, and her two friends Leota and Ashley.  I'll also be directing, while my co-writers will star.  We've got a script, we've got a budget, and God willing, we'll have a movie this summer.

We're currently in the early stages of securing funding.  A grant/pitch contest didn't pan out, so it looks like Kickstarter is in our future.  Until that happens, I'm going through and storyboarding the film, which is what a responsible director does anyway... 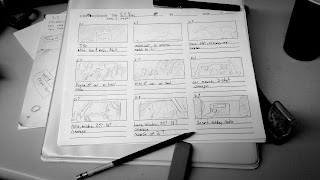 Be on the lookout for future updates, including our fundraising demo and trailer.
Posted by Hrothmeir at 11:42 AM No comments:

I've returned to film.  Following the disaster that was Compulsively Yours and my disillusionment following film school, I've started to make movies again.  First was the short Mint In Box.  Next is the feature Full Noon.  But right now is Basement, a film my writing partner/girlfriend Felicity Hull and I developed for the Project Greenlight Reel Fear contest.  While creating the pitch video to submit to the Project, I made a few concept drawings to illustrate some of the visuals we envisioned, as well as a creature design modified from an unproduced animation project that I did some concept work for.  Please enjoy! 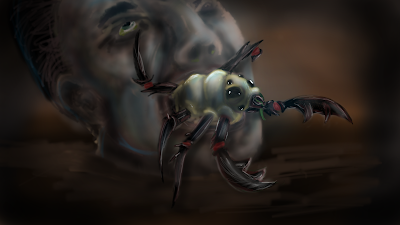 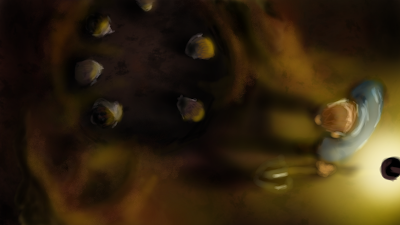 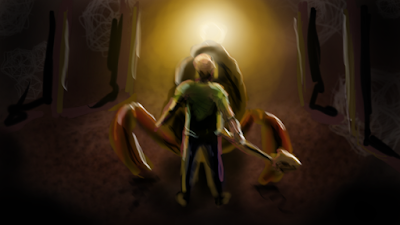 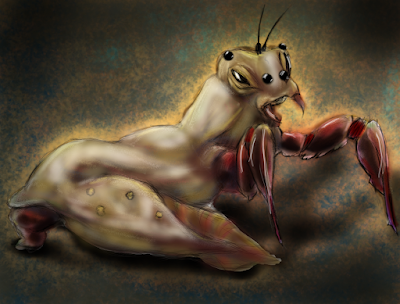 Posted by Hrothmeir at 11:22 AM No comments: 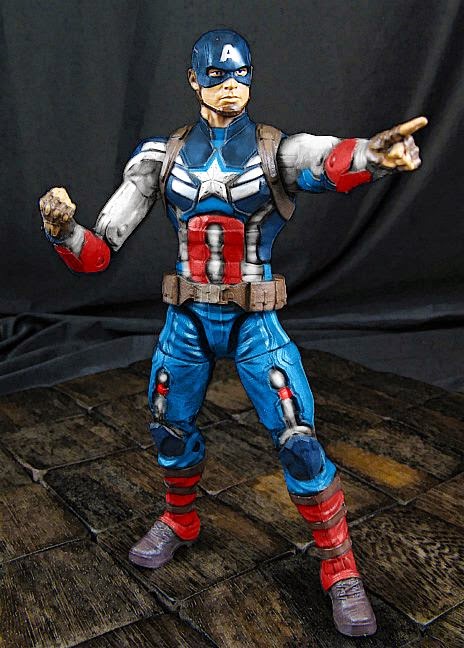 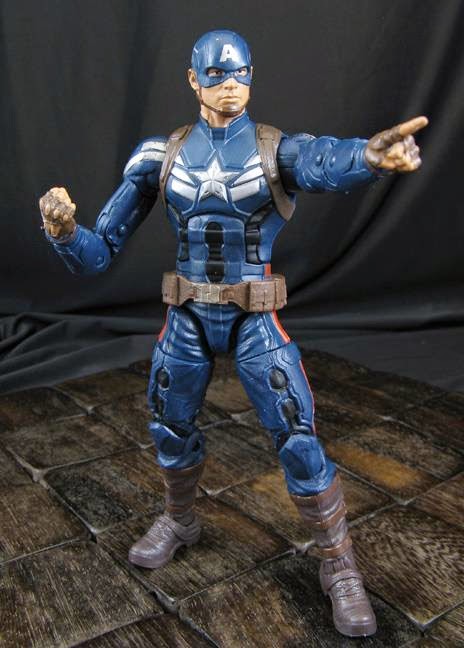 I'm a big fan of the stealth costume from Captain America: The Winter Soldier, but I wondered what it would look like in classic colors.  I plan on making this into an action figure, but for now I did a quick mock-up, using a picture stolen from John Mallamas' toy review blog, Jin Saotome's Five Minute Toy Review.  Check it out; its a cool blog.  And be on the lookout for pics of the custom, coming (hopefully) soon.
Posted by Hrothmeir at 10:56 AM No comments:

The Beast From The Sea 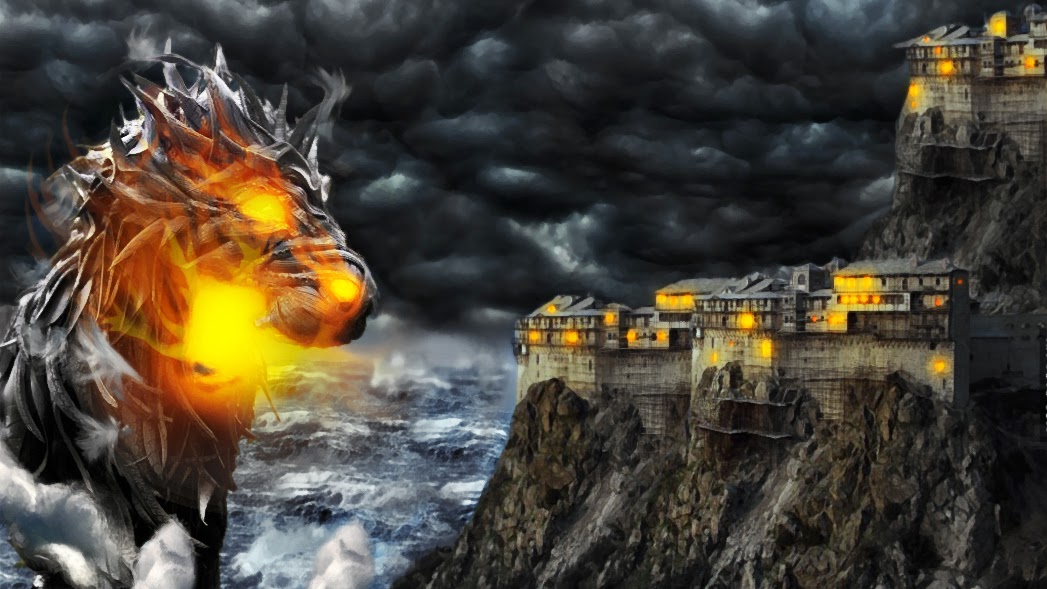 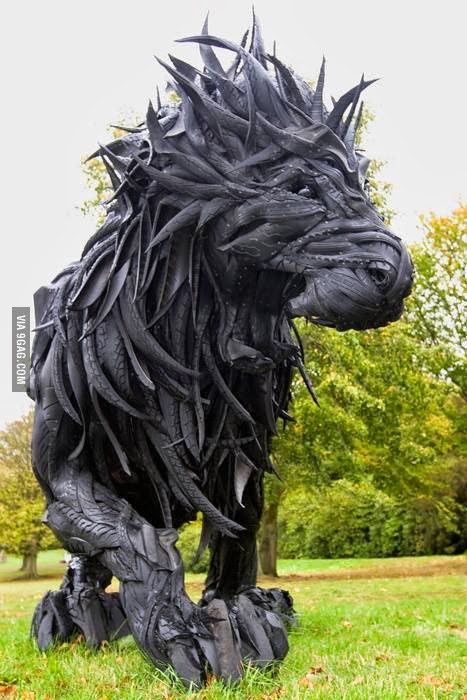 See that second picture?  I found that on 9gag, and thought it was cool.  So it and maybe ten other pictures went into making the above.  The beast from the sea!
Posted by Hrothmeir at 2:51 PM No comments: 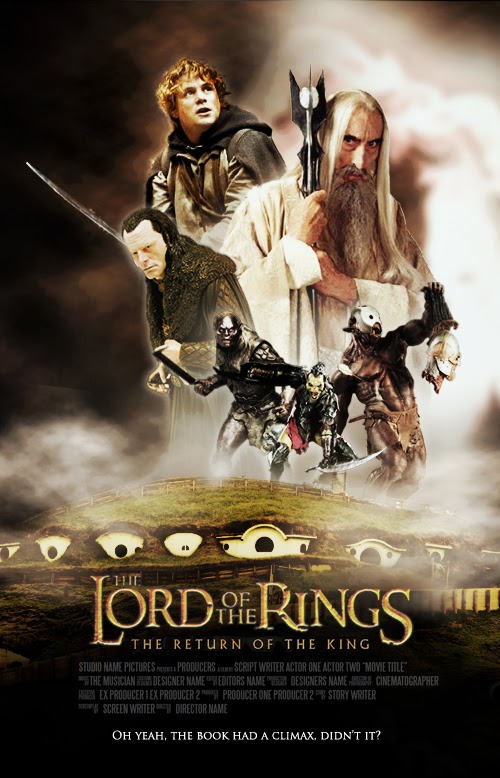 I hated the Lord of The Rings films.  I'm sorry, I did.  Out of the six books making up the series, they adapted five.  Guess which one they left out?  The last one, the climax of the series, the one where all the important stuff happened.  So when Cracked.com opened up a contest to make book-accurate posters for film adaptations, I churned this out, using stills from various films as well as pictures of Weta Workshop statues.  I didn't get this poster submitted in time, but I still think it works as a good portfolio piece.
Posted by Hrothmeir at 2:47 PM No comments: